From a child to an adult everyone gets demotivated to some extent of time and hence, they need instant motivation.

Not everyone is this much goal-oriented that results of goal can motivate themselves. Of course, we are not talking about exceptions.

We are talking usually and you are not from the exception if you came here in search of motivational quotes.

So, here we are providing you a bunch of quotes which we promise if you read then they will re-energize you for further success.

Therefore, let’s roll down towards a step to success with some motivational quotes.

Some feel as though their temporary lack of wealth or influence makes them powerless to create change.

But just tell me a thing, does a clockmaker favor the larger gears over the smaller? Does the hour hand become jealous of the minutes because it turns slower?

Every part has a role in the functioning of a timepiece.

Every part supports those around it in ways it may never see.

Your absence would undo the Order of our universe, even if you do not realize your importance.

Wealth and success are like streams of water running down a pyramid.

Though the lowest support the weight of all who are above them, they are numerous and easily replaced — unique individuals, but common together.

So always be at the highest position and never feel diminished if you are in a lower position. That will be really worth.

However, simply through practice, humans can grow and learn: even the poorest child has the ability to become a doctor through education and determination, but even the smartest animal cannot learn how to read a textbook.

Life is a map that is drawn by your decisions.

Every day, the maze of existence presents you with hundreds of pathways, and your ability to discern between the simplest choices can mean the difference between a life of wealth or poverty, sickness or health, conflict or peace.

The life of a sheep is easier than the life of a lion.
Sheep are given food and water freely by their shepherd and are protected from predators by shelters they did not build.
But these comforts bind the sheep into slavery.
The sheep are bred to be weaker of mind and body, to require the shepherd’s protection so greatly that they can be free of physical chains but never stray.

Theirs is a lifetime of servitude — one that is comfortable but ends at the shepherd’s whim.

Lions have no masters.

Though the lion must hunt for its own food and search for its own shelter, it is free to roam where it wishes and requires no one to open its gate.
Though the feeding trough of the sheep is filled, it is only with the grass and grain of its master’s choosing.
A lion must hunt and chase its meals, but feasts on anything it catches.
Just think a thing, my friend-
Once Andrew Young(US Ambassador to the United Nations) said,
What about you, you don’t have any kingdom, while, you have to make it.
Always before doing anything you should know the worth of doing that.
Definitely, success will be yours. 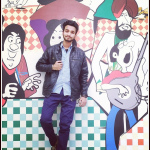