Are you enjoying and chilling?

but don’t worry because this blog will help you out with this problem.

I know you usually listen to ‘Netflix and Chill’  so many times but the question is did you do the same?

Ahhh!  No Worries I’ll let you know how you can chill with Netflix and make your free time more interesting without getting bored.

It’s a crime, drama, heist and thriller series. So if you love to watch thriller based series you can surely go for it.

This series received several awards including the best drama series at the 46th International Emmy Awards.

Through this series, you will feel the essence and beauty of Spain.

It’s an American drama web series. It is based on the journey of an ‘ice skater’ who suffers a lot for her family.

Do you like some drama, emotion, romance, motivation and want all this together?

Yes!  Then my friends just go with this series and I am sure you’ll love it.

It’s a German-American drama miniseries. Unorthodox is an Autobiography of Debarch Feldman.

It’s a family drama and an emotional story of 19 years old Jewish woman, who lives unhappily in an arranged marriage.

So if you want some emotional touch then you must watch this series I hope you will enjoy it.

It’s a British period crime drama and historical fictional series. The series follows the exploits of the Shelby crime family in the direction after a month of the First World War.

History lovers can go for this series and you also get drama with information.

All animation and adventure lovers here, this series is only for you just go watch and enjoy.

Community is an  American sitcom series. Creator of this series Dan Harmon made this on his own experience attending a community college. Each episode has a ‘story circle’ of Dan Harmon.

So if you are searching for real emotion and motivation then you can watch this beautiful series.

It’s an American true-crime documentary miniseries about the life of a zookeeper.  It is based on the exploration of big cat breeding.

The series received a positive review from critics and according to Nielsen ratings, was watched by 34.3 million people over its first 10  days of release.

‘Ranked as one of Netflix’s most successful release to date.’

Motivation seeker would love this series most.

It’s a dating reality series. Singles try to find a match and fall in love- without ever seeing each other face-to-face, as an emotional connection attempts to conquer physical attraction.

Cheer for all the love birds here, if you want to feel the magic of true love then go and watch it.

It is fantasy, drama, adventure fictional action fictional series. It is based on the book series of the same name by Polish writer Andrzej Sapkowski.

The witcher Geralt, a mutated monster hunter, struggles to find his place in a world in which people often prove more wicked than beasts.

People who love fictional drama will love this series.

It’s an Israel espionage miniseries. This drama tells the astonishing true story of  Israel’s most prominent spy,  Eli Cohen,   who infiltrated the Syrian government in the 1960s.

The historical and fictional drama viewers can watch this series and I am sure you people will enjoy.

So these are some must-watch series of Netflix. Whenever you are getting bored and want to do chill with the glass of coke and bowl of crispy popcorn then you have to watch these series.

I am sure about this you will enjoy and you will definitely feel this worldwide quote ‘Netflix and chill‘.

Yes, my friends! then go and watch these series. 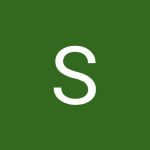